THE DOCTOR’S EXPERIENCE
Excerpted from Twelve Steps and Twelve Traditions of GreySheeters Anonymous.

Doctor ________ is the Medical Director of a major treatment center in Toronto.

I have treated over five thousand people suffering from alcohol and drugs. Over the course of years, I have noticed that many of my patients have in common a history of disordered eating patterns. They either had an eating disorder prior to their current addiction, or they developed an eating disorder while in recovery from their substance of abuse.

There were the patients who compulsively overate as children, later to become alcoholics. There was the anorexic that ‘cured’ her disease when she found that cocaine was
more appealing. There was the addict who substituted a continuous intake of sugar to satisfy his cravings for drugs. Many found that their past eating disorder returned once they put down their drink or drug. Sometimes this led to purging or a return to drug use to maintain weight control.

It became apparent to me that there was a common feature amongst many of these patients. Each continued to show an obsession of the mind and the compulsive use of a
substance to manage moods. I could not help but conclude that the disease of addiction must include food as a substance of abuse, along with drugs and alcohol.
I then decided to observe people in the general population who were diagnosed with disordered eating patterns. I discovered that there were people who eat in ways very similar to those alcoholics and drug addicts that I have treated. These are people who might have had no other addiction. Some of these people display the same features Addiction Doctors use to diagnose addictions.

These individuals have developed cravings for specific foods, perhaps choosing favorites over healthier foods. They obsess about particular foods, typically those high in sugar, the way an alcoholic will obsess about the next drink. Some are grazers, constantly eating to manage the distressing feelings that would otherwise break through.

Others are binge eaters, seeking out large quantities of food to feel happy, elated, or just to numb their emotional pain. Daily work or leisure routines could be disrupted since binges and purges can last a whole day. In general, these people spend a good portion of the day obsessing about food, either through eating or restricting, or recovering from the effects of too much or too little food. Soon enough, many will develop a craving for specific foods, needing more to get the same feeling of comfort or numbness or satisfaction.

Typically, withdrawal symptoms of irritability, anxiety, even insomnia, or physical pain occur if the individuals do not succumb to their food cravings. People frequently start off with the intention to have only a ‘few’ and then find that they eat the whole thing, unable to stop at the promised first few bites or taste. Just one was never enough. It was also common to see people continue to eat problematically, despite the ill consequences. No matter how ill they became, the problematic eating did not stop. I observe that people frequently isolate, allowing their social circles to narrow down to only a few people who share or tolerate their obsession.

When these people have tried to stop their disordered eating, they might resist for a few days to a few weeks, only to succumb to unmanageable eating once again. Their obsession about food is continuous, regardless of whether they are restricting or overeating. This lack of control usually leads to remorse, anxiety, depression, self-loathing, and a progressive worsening of the symptoms. These are the hallmark signs of addiction. I have found individuals who fit these criteria through all walks of life such compulsive overeater, food addict or under-eater in diet programs, eating disorder programs, etc. All share in common a heightened sensitivity to food and eating behavior. Once they have the first bite, despite attempts to hold back, they find they are unable to control their food intake after that.

What are the reasons for this aberrant eating behavior? I have looked to the research and have discovered that there is a high association between users of drugs and alcohol and those with eating disorders. When we look at the science of addiction, and the emerging neuroimaging technology, such as functional MRIs, and SPECT scans, we can see a similar neural dynamic to that of the addictive behavior surrounding drugs and alcohol.

Behaviors, healthy or unhealthy, are connected to the same pool of neurochemicals. The neurochemicals, such as dopamine, serotonin, and endorphins, travel particular neural pathways to influence our moods, giving feelings of safety, comfort, joy, elation. It is by virtue of replicating or mimicking these neurochemicals; that particular foods can produce the same effect as a drug.

Specific foods such as sugar share the same neurochemistry and neural pathways as cocaine. Foods such as sweetened chocolate do even more so, as these mimic alcohol and opiate effects. These foods act as mood modulators and pain anesthetizers, and can be as effective as many drugs. Specific foods and even large quantities of food substitute for drugs. If persons have a heightened sensitivity or allergic response to a particular food, they will have a greater response to that food than the person who does not and who may eat that food with impunity. This heightened sensitivity may be due to genetics. As we have determined with alcoholism, it is apparent that there is a strong family history of people suffering from eating disorders. Studies on obesity have shown there is an association between weight, problematic eating practices, and a neurochemical imbalance that leads to depression. The afflicted individuals will ‘self-medicate’ their mood disorder with food.

An obsession of the mind is triggered by the quantity of the food itself. Even healthy foods, such as green vegetables can if eaten in large quantity, trigger a binge cycle. The
health advocate who is grazing or bingeing on ‘healthy’ foods throughout the day may demonstrate a response to the overabundance of particular foods. For example, notice the orange skin of someone eating lots of carrots and squash. One may be getting malnourished from the lack of another vital food. This behavior overwhelms the body’s checks and balances to curb appetite, digestion, and metabolism. The body needs to digest a certain amount of food a day to maintain a workable balance. Balance is jarred by uneven amounts, whether the food is energy dense, such as sugars, or is less energy dense, such as vegetables. The vulnerable Food Addict appears to be especially dependent on maintaining an ideal balance of quantity.

One treatment is the promotion of complete abstinence from the problematic drug. It would follow that the treatment for food addiction is an avoidance of specific foods. A compulsive overeater, food addict or under-eater will balk and say “You can stop drugs, but you can’t stop eating!” True. The clear instruction is the avoidance of designated foods, such as sugar and its close cousin on the glycemic index, grain. My experience has shown that restraint may be needed to cover a broad spectrum of foods since any food can eventually become a trigger to the compulsive mind. Once it has become so, it too must be avoided. Eating behaviors that upset the compulsive overeater’s, food addict’s or under-eater’s precarious natural balance, such as the over or under consumption of food, or the consumption of food which triggers cravings, must also be avoided.

The general medical consensus in most programs, especially eating disorder programs, tends to be to teach the individual to eat all foods in prescribed amounts. This is akin to the harm reduction treatment plan or the popular “controlled or moderate” drinking solution sometimes recommended for the treatment of alcoholism, in contrast with the recommendation of complete abstinence. This approach is doomed for food addicts and reawakens the mental obsession and the physical cravings and the actions that we define as relapse.

Is the avoidance of specific foods alone a sufficient solution? While helpful on the level of physical health, these restrictions may not be a sufficient response in maintaining long-term success. Like the ‘dry drunks,’ alcoholics who are not ‘working a Twelve Step program,’ food addicts must find a way to live contentedly without their desired drug of choice. Restricting certain foods alone does not appear to be enough for the long term. If we are to look for programs of successful recovery and sobriety, we can conclude that recovery from food addiction will require a mental and a spiritual solution, alongside a physical program of
maintaining food abstentions.

The Twelve Step program addresses just this. We addiction clinicians have seen the growth and strength of these programs. We have seen how valuable fellowship, guidance from a sponsor, and a spiritual program are to filling in the ‘holes’ that the drug and using behavior addressed. However, most of these fellowships do not support a firm adherence to the principle of specific food restrictions.

There is one Twelve Step group called GreySheeters Anonymous or GSA that does. While there are other peer groups that focus on habitual overeating and other disordered eating patterns, this group has uniquely promoted avoidance of specific foods and food behaviors. This group targets the needs of the compulsive overeater, food addict, or under-eater.

I urge you to listen to the stories of individual members that are found at www.greysheet.org under “Getting Started” then “Member Resources.” You will hear that
recovery from food addiction is possible, both in the immediate and long term. These individuals have discovered on their own, through trial and error, the imperative of specific food restrictions, called food “abstinence.” They have now created a community to support and sustain their recovery. In addition to food ‘sobriety,’ called ‘back-to-back abstinence,’ they have found it necessary to apply a spiritual solution to their disorder.

The various techniques, such as frequent meetings, abstinence, and the daily phone/email support alone with rigorous sponsorship are some of the common tools. Working the program of abstinence and the twelve steps, traditions, and concepts of GreySheeters Anonymous are essential for lifelong recovery. I believe that this understanding of grain, sugar, and other food addictions, as substances of abuse, makes this group ideal for the compulsive overeater, food addict or under-eater. I encourage people struggling with problematic eating behaviors to listen to these stories and to practice these Steps and Traditions to see if they qualify as a compulsive
overeater, food addict, or under-eater. If they do qualify, I recommend this approach as sound and very likely to help achieve clarity of mind and the freedom from the obsession with food and the phenomenon of craving.

Due to the COVID-19 Outbreak, face-to-face meetings have been suspended indefinitely. Many groups have started meeting on Zoom. Find Zoom meetings here. 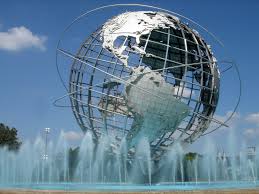 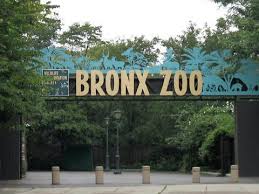 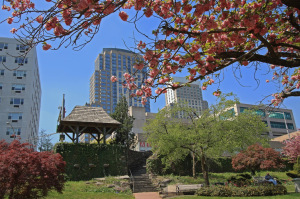 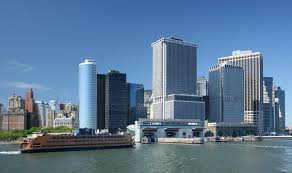 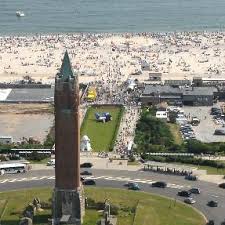 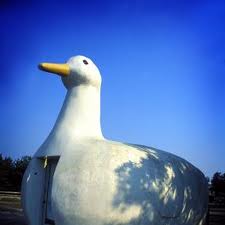